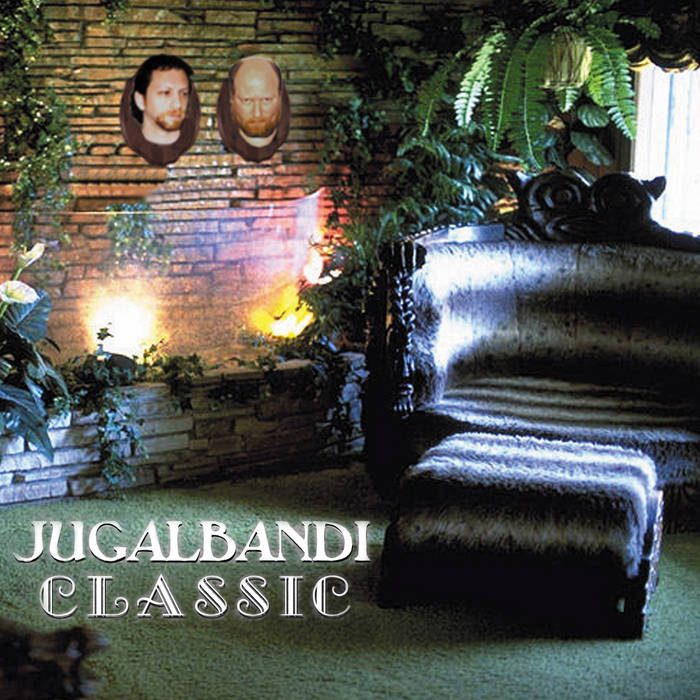 (Hyam Sosnow:) This CD features performances that were recorded in early 1993, when Greg and I first formed Jugalbandi. (In fact, the tape of the 4/18/93 session that produced "Uncle Sun" and "Darkland Express" is labeled simply "Greg + Hyam 4/18/93" -- we hadn't even adopted the name Jugalbandi yet.) These recordings show that we were stretching our collective and individual musical imaginations in previously unexplored directions. And boy, were we ever full of piss and vinegar.

(Greg Segal:) Hyam did his notes first, and I was so impressed with them, and felt they spoke so well for the album in pretty much all areas, that I was almost reticent to put in my two cents. I reflected for a bit and found what I wanted to say. Considering we're looking at the beginning of Jugalbandi here, let me begin by telling you a little bit about what it felt like to be one of the parents of this project, and what it continues to mean to me.

Before meeting Hyam, I had done a lot of jamming over the years with just drums and guitar. To me, the power of a good band hinges on the interplay of those instruments. When we met in '88 through an ad in a local paper, our first few get togethers (which would eventually lead to Cold Sky) were just the two of us, and the chemistry was clearly there. Still, it's one thing to jam for fun, and another to plan a full, serious venture with just those two instruments -- especially when the basis is improvisation. I felt a mix of emotions at tackling this. On the one hand there was the fear of not being able to hold up all the non-percussive content and stay consistently interesting. How I chose, or managed, to fill that empty space would show off any shortcomings in my playing and imagination quickly. On the other hand, I'd never had such a practically limitless area to cut a sonic swath through, and that was very, very exciting. These recordings are early examples of how I attempted to meet that challenge, and what I did when first confronted with all that freedom.

Ten years later at the 2003 sessions, the same emotions were present, both positive and negative, despite having produced ample evidence by then that we could make it work, and that I did indeed have what it took to hold up my end. The problem is this: the longer you do it, the harder it is to stay interesting, to not say things musically you feel you may have said too many times before, to get ideas across in ways that are engaging, to perform with sensitivity and a contagious excitement. The fact that the feelings have remained relatively the same, though, is ultimately not an indication of no progress made. Instead, it points to a fact of life inherent in this manner of creating, which is: there's no way to really rest on your laurels. When we are creating music on the spot, when we are recording live with no takebacks, we are only as good as what we do in that moment, and the next, and the next. Our recordings then, are all really mini-documentaries. Something like the version of "Uncle Sun" on this CD is the musical equivalent of watching molten rock issue from a volcano and take form where it falls. This all happened a long time ago, but if you care to examine the evidence, you can relive the process and peek in as ideas solidify in time, thereby becoming substance and history.

Cover design by Sosnow (front) and Segal (back)