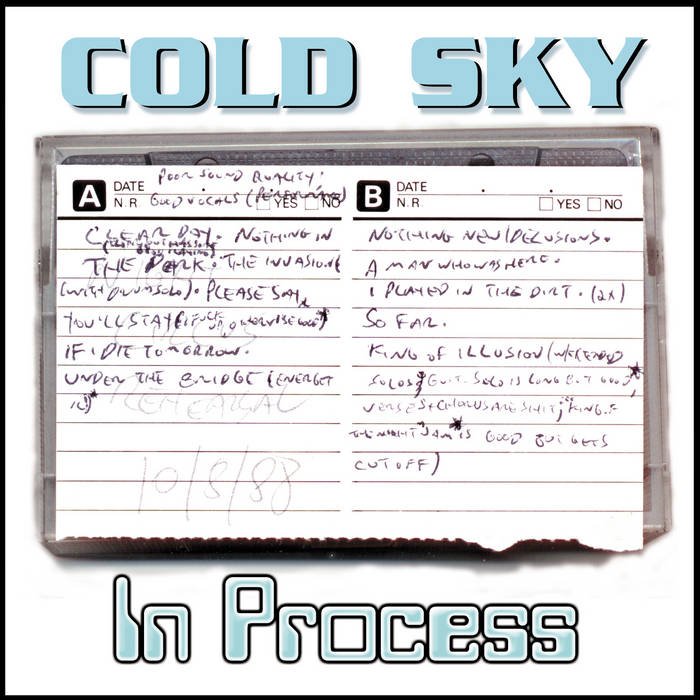 Cold Sky was a band I'd originally formed to perform songs from my solo releases. I hoped it would grow into more than that. It did; however it had a number of strikes against it from the start, and ultimately would only do a few gigs over the space of two years. This was a shame, because the band as an abstract entity, as its own thing, deserved better.

These are recordings from rehearsals, and one radio show, recorded between October 1988 and February 1989. They show the band working its way through various arrangements and songs, many of which would eventually disappear from the set by even the time of our first club date, at Be-Bop Records on 2/8/89.

Here are notes by myself and drummer Hyam Sosnow on individual tracks. Need I say that Hyam and I, despite a deep friendship and mutual respect, are different people and our opinions don't always match? (His feelings on punk music, for example.)