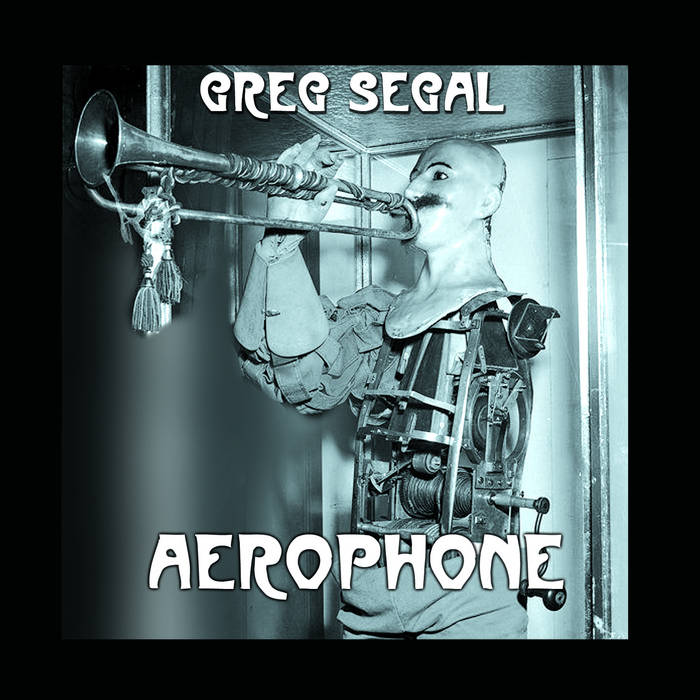 This is an album of music made by and for a very unusal instrument, Aerophone, conceived and developed by Rurik Leffanta (xoxos). Aerophone is a modeling synth that specializes primarily in brass instrument sounds (trumpet, trombone, etc.). It can also model a fairly convincing clarinet. For those who don't know, modeling synthesizers work without samples, just a tone source and algorythms that recreate the physics of sound. It doesn't have to stop there; you can reset and tamper with the settings to create the sounds of instruments that don't exist (or couldn't exist). And that, of course, is what the majority of the album consists of!

Now, there are conventional sounds on the album. The flugelhorn preset is absolutely the most convincing brass sound I've ever heard, no sampled version can touch it, in my opinion. So I couldn't resist using a fair amount of that. And there are trombone and tuba sounds too. But most of it is stuff you would never guess the source of. Sometimes it sounds percussive, other times like plucked strings. Sometimes it sounds like every kind of feedback coming at you at once, or in rapid sequence- noise guaranteed to clear a room, clear your sinuses, make sensitive persons weep, or get your dog barking. And yet- often in tune and sometimes with harmonies! I suppose I shouldn't be proud of the sonic horror this sometimes unleashes, but I am. At times it's by far the most abrasive thing I've ever heard out of a synthesizer. But let me stress: the whole album isn't like that! Just some of it. In places you may not expect. Bring a change of underwear.

This one should probably come with a warning label: CAUTION: HAZARDOUS NOISE

Understand too, though, that this was intentional. First off, it's how I make music. I like rough harsh edges mixed in with the pretty stuff.
Second, people have an idea of a synthesizer as something used for floaty New Age music, dance rhythms and riffs, leads by progressive players, and so on. The mention too often brings to mind the saccharine flavors of '80s pop. People seem to have nearly forgotten that in the beginning, synthesizers were for sound experimentation. Many did not come with keyboards, just patch cords and sound-generating modules. I thought it was my not-so-solemn duty to remind people that synths were just as capable of generating overwhelming visceral noise as their electro-acoustic cousins, and that they could do so clearly and in a wider range of frequencies!

Third, noise is not just "noise". It's complexity. Starting with a sine wave- pure sound, no harmonics- you can progress all the way to sounds with harmonics so complicated that it is sometimes difficult to distinguish a single tone. Cymbals are a good example of this. Distorted guitar, Hammond organ with a Leslie speaker, these are common examples of "noise", or complications of tone, becoming well known and pleasant sounds. You may think this strictly to do with modern technology and electronics, but it's not so. African instruments such as thumb piano (AKA Shona Mbira, Kalimba, etc.) and various marimbas are made with buzzers as part of their sound. The marimbas, with their buzzers at the bass of their resonating tubes, create an effect very similar to overdriven speakers.

In the case of this album, I may at times have gone a little more extreme than that. To those familiar with my catalog, let me say, this is a bit harder on the ears at times than "Planet of Garbage" or "The Fourth of the Three". But there are a lot of other sounds here too, hopefully many of which you have never heard before. I have tried to use all of them, including the harsher ones, in a musical way.

Above all, please have fun with it! That's the spirit in which it was made, and as always, I hope you enjoy it.

All sounds arranged and performed by Greg Segal, using the Aerophone modeling synthesizer, by XOXOS.
Recorded at Phantom Airship 7, January to November, 2017.

Cover by GS, using public domain photos of the Kaufman trumpeter. It's considered the world's first robot. Made in 1910, it could play trumpet by using a bellows connected to a cranked mechanism in its body.