The Eye That Shines In Darkness 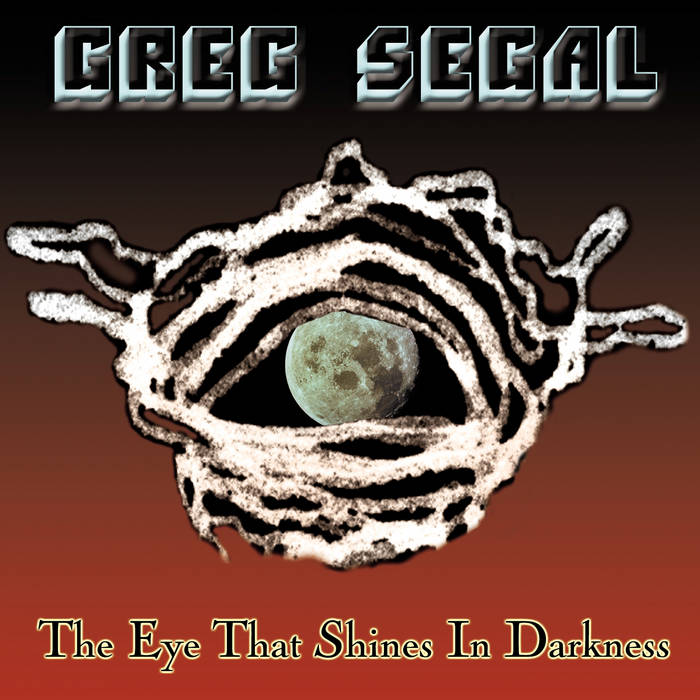 All sounds performed and arranged by Greg Segal using bowed device and effects.

The album is pretty much the same as the original, with the exception of the title track, parts 6-10 having been consolidated into one long piece. All the audio is still there, just a tiny bit of overlap so that there are no breaks between parts, and it all flows. I think it works better that way.

About the Bowed Device:

Originally a cheap guitar (purchased for $49 from a JC Penney outlet), the sides have been carved off and the metal bridge replaced with a curved, arcing piece of wood, to facilitate bowing of individual strings. Since the neck does not match the arc of the bridge, most notes are played either open or with harmonics. Fretted notes go exponentially out of tune the further from the nut you go. Usually it is tuned to an open chord (whatever happens to suit the particular piece). The whammy bar was originally left on to bend harmonics, but also became used to make a variety of sounds, including an entire vocabulary of rattles, clicks and squeaks.

I've never been nuts about the name. It was called various things at various times until 1987, when it was first used on something for widespread public release (the 2nd Paper Bag album, "A Land Without Fences"), at which time a permanent name became necessary. It had been referred to as the bowed device probably more times than other names (which included "the bowed thing", "the inverted cactus", "the flaming phallus" "the viotar" [suggested by comedian Mark Blankfield at a gig], none of which seemed to catch on); so, like nonsensical slang terms that no one remembers the origin of, popular and awful mixed metaphors, a nickname the recipient isn't fond of but which sticks anyway...under pressure, common usage won out and it became, for all time, the bowed device.

It's a fragile instrument. You wouldn't think so from the huge sounds it can make, but it's true. It's currently down to five strings, after the high string's cheap pot metal machine head snapped off sometime in the late '80s. The tone and volume controls were never much to begin with, but have become increasingly temperamental and have been nearly useless for many years. I try not to touch them.

Despite its frailties, it produces such a wide range of sounds that it gets plenty of use. It has been adding color to my work for over 20 years now and I hope I manage to keep it around for 20 more.