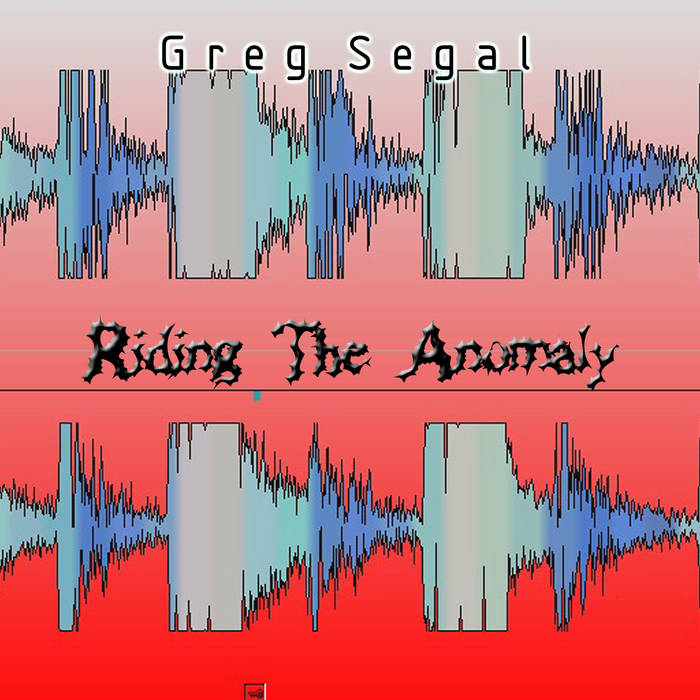 Walter Whitney Greg Segal is a very prolific composer who seems to have a cosmic stream of creative consciousness that transforms into reality with an uncanny taste for the interesting! There is never a dull moment listening to his latest release "Riding The Anomaly" It's like a big toy box of musical fun! Favorite track: I Awake Dipped In Salsa.

I don't get a lot of time to drum. So I always record the sessions, usually with a stereo digital recorder. I try to get as many songs or pieces in as I can in, and I'm my own engineer. Not ideal. For example, I can't watch levels and see how the recording is going. On the day these drum tracks were recorded, I must have set something wrong, and the sound is distorted, ranging from almost clean in the quiet parts, to so distorted in the loud sections that the pitch and sonic characteristics change radically. I liked the playing, and wouldn't have thought twice about using this if the recording sounded better. At first, I was disappointed. But at its most extreme, the sound was so bizarre, I actually liked it. I realised I'd never heard anything quite like it, and decided to try building an album with that at the center, which explains the title.

I know that some people would rather tear off their own ears and stick 'em where the sun don't shine than listen to 38 plus minutes of music with distorted drums. If you can sympathize with that, you may want to skip this one! You have been warned.

If, however, you are curious or like distorted drum sound, this may just float your boat. The music applied after the fact varied according to whatever stylistic turns the drums took. The music ranges from complex to dirt simple, from abstract to concrete.

There are two musical "quotes" in the drum parts. One is from a band I was in, and likely only fellow members would get it. The other is quite well known, and here it's one of the most radically distorted. I was hitting hard! Those poor little defenseless microphones!

As always, hope you enjoy it!

All sounds performed, composed and arranged by Greg Segal.
Recorded February through April, 2017, as time permitted, at Phantom Airship 7.