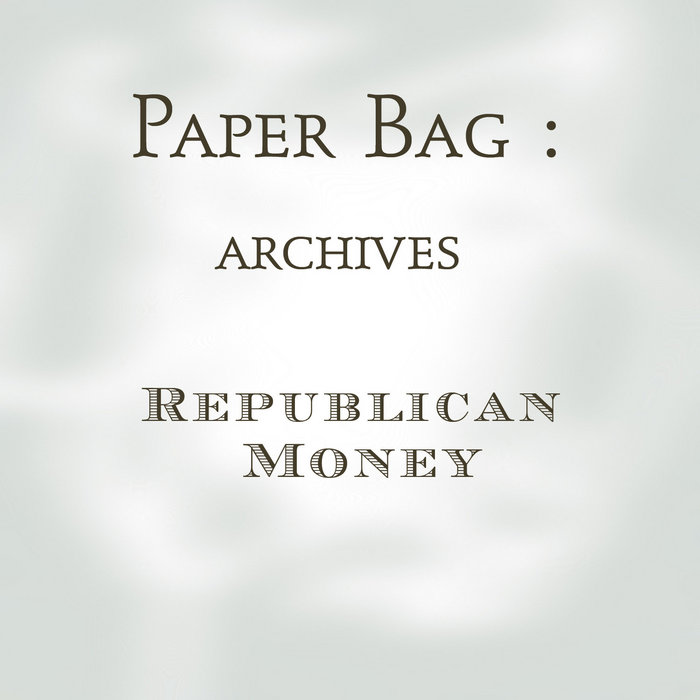 First off, I hope to add commentary by the other two surviving members, M. and George. On behalf of us, I want to give a bow of respect and gratitude to our bandmate and much beloved friend, Kenny Ryman. We miss you.

I think we played our asses off on this set, and I'm very happy to make it available.

It's raw, it's weird, it stumbles and gets back up swinging like a crazed drunkard, or a hallucinating philosophy professor. At times, the immediate impression can be repulsive. But with repeated listens, even as little as a second one, things make much more sense, and the skewed, bizarre world of Paper Bag comes much more clearly into focus. What may have seemed haphazard at first, now seems like Charlie Chaplain skating carelessly at the edge of a 60 foot drop. It only looks like he's going to fall. But he knew what he was doing.

I only remember one thing about actually recording this show. On the piece "Pamphlet", I gave a ranting hellfire and brimstone reading of a pamphlet the show's host, Splatt Winger, brought in. He thought either Mark or Kenny should do it, but neither of them wanted to, and George turned it down as well. I thought it would be fun, and went for it. I think I did probably three readings in the 6 years of the band's existence, and this was one of them, so it's a rarity.

Listening to this set again for the first time since it was recorded- 31 years ago!- I found there were a couple of other rarities. The processed vocals I sometimes did, where I put a really old cheap box mic through my pedalboard, were done for the first time at this show, on "Mistakes". They made a better known appearance later in the year during the recording of "A Land Without Fences", on the track "Dachau", where they were billed as "processed screams".

Also appearing here was "mouth guitar", on the piece "Just Be Patient". This was done by putting my mouth up to the low E and A strings of the guitar, and singing onto them. It worked kind of like an electric kazoo, which is also what it sounds like. Again, this turned up on "A Land Without Fences", on "Question of the Year".

Remastering this was very tricky. In '03, Kenny made me a CD of the set, which was my source. His source was a cassette of the original cassette which was sent to WFMU; and that was dubbed from a 2-track reel, and that was dubbed from a 4-track reel. So, a few generations down from the original, with the sound quality dropping with each analog transfer. Remastering a basic one track stereo recording makes for some problems. Your best tool is EQ, to bring down muddy frequencies, and raise others, to bring out details. But instruments share frequencies. If I brought up the highs enough to make one thing sound good, something else would be shrill and hard on the ears. If I brought out the bass end to give things some punch, other things would get muddy. However, this is a process I've had to deal with many times in the past, and will no doubt have to deal with plenty in the future. Should the 4-tracks of this show become available to me- and they haven't deteriorated- I will try a remix and remaster, with a much better possibility of quality sound. In the meanwhile, this sounds like a pretty decent bootleg, you can hear every instrument, and can certainly make out what were doing. Not for audiophiles perhaps, but in my opinion, absolutely worth releasing. I hope you agree, and enjoy the show!