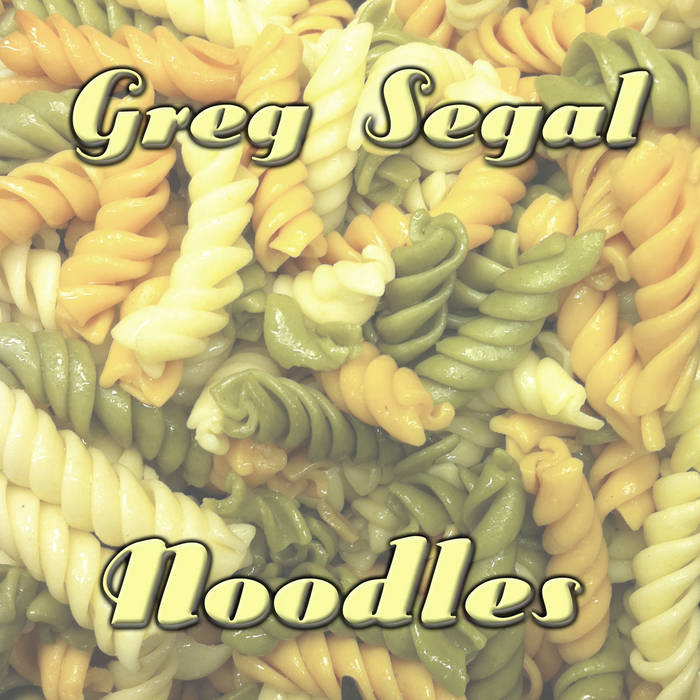 This album came about mostly as a vehicle for my Hammond organ. I thought I could do some longer pieces with minimal instrumentation and lots of soloing (hence, "Noodles"). All the tracks are live first takes, each one responding to what came before it. The drum tracks were assembled into a collection from various sessions spanning about a year. For the organ track, I played back the drum tracks and played organ to them straight through the album, not stopping between pieces; got to the end, stopped recording, did a different mic setup for the nylon string acoustic guitar, and repeated the process. Those tracks barely took longer to record than it would take to listen through the album twice.

Initially I did not want to add any tracks beyond those. There were no effects added to anything, no active panning, and even the barest minimum of EQ, for the drums only. The main area where things differ from what you might have heard in the room is relative volume, which was manipulated as necessary to make best use of what was played. I enjoy, and actively seek, the challenges such limitations can bring. I think they challenge me to be a better player and a better composer, which includes the kind of spontaneous composing that's happening here.

After giving the sessions a listen, I felt that while this trio of instruments worked well as a nucleus for the album, on 3 out of the five pieces, a little bit extra was needed to keep things interesting. The title track and "The Ramen Mutations" each got one instrument added (piano and synthesizer, respectively). "Clackamas Confidential" already had extra percussion from the great Jeffrey Von Ragan, to which was added piano and mellotron.

I also cut out parts of each track when I felt they were fighting with each other, or where the piece in question simply benefitted in places from sparseness. I think a "live" feel was achieved pretty well, overall. The core combination of instruments is kind of unusual for a current recording; you would expect to hear electric guitar.

The individual parts, contrary to the pejorative definition of "noodling", are all seeking to create a tapestry of notes, interweaving with the other instruments, to create a unified sound. If I have done my job right, you will hear this...hopefully sooner rather than later. - GS, 5/16