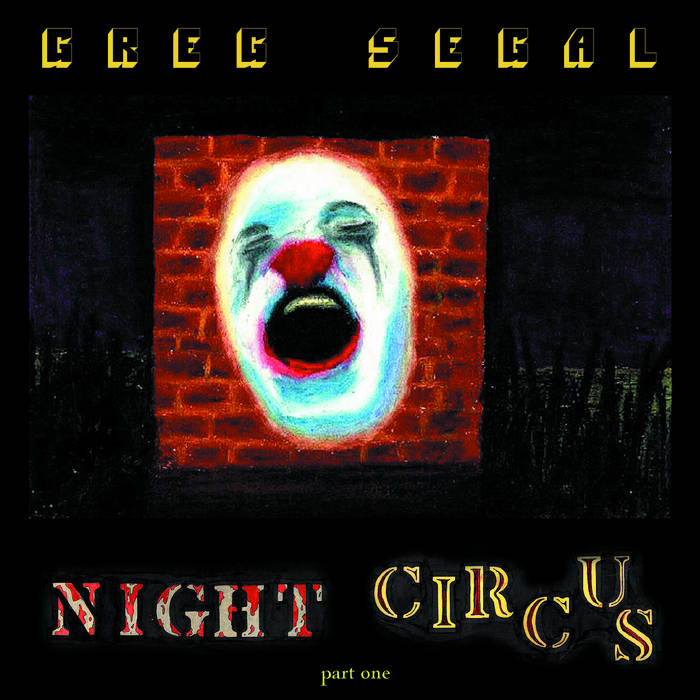 This is really Disc One, as in the first disc of a double album, and not to be confused with the 1 & 2 sections of the actual song Night Circus, which are on Disc Two.
gregsegal.bandcamp.com/album/night-circus-part-two
The confusion will eventually be resolved by combining both, but for now.....

Night Circus is a concept album about the end of civilization being brought about by angry spirits. They give a young man strong powers and manipulate him into using those to wipe out most of the world. He is then kept alive indefinitely to wander the earth and destroy any corrupt "infestations" of humanity that are deemed too poisonous to continue existing.

Night Circus contains some of my earliest work- including my first poem and second complete song. Subsequently there are things here, especially some of the lyrics, that really reflect the author's age. (These were written primarily between my 16th and 19th years.) It is my hope that Night Circus holds up, as a whole, much like some of my favorite low budget horror films might- short on refinement but long on imagination and atmosphere

M. Segal and Marilyn Moon rounded out the choir.

They will not be forgotten.

The lyrics and recording information given here may be of particular interest to anyone who managed to tape Night Circus off KXLU, where it was aired in its entirety.