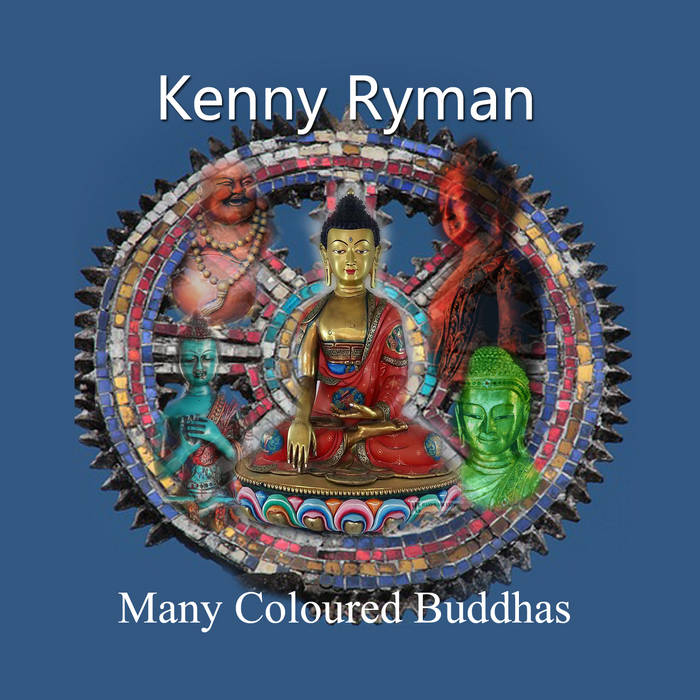 This was to be Kenny's first solo album. Before it was released, he developed esphogeal cancer, which, despite a good fight, he did not survive.

At his request, I had contributed guitar to one track, "Fuzzy Darts". Before he became ill, I would ask him periodically how the album was going. The last time I spoke to him about it, he told me it was essentially done.

This put my mind at ease when it came time to put this album together and release it. I used the latest mixes, most marked "final". I didn't change a thing. Kenny was a great engineer and producer, and however it sounded, if he considered it done, it was done. The song order had been set as well, and so of course has been followed.

The only things I could not find were any cover art he'd intended, so I took care of that; and a list of guests and what songs they were on. When I listened to the first test master, it was my first time hearing anything beyond the one track I'd helped on. So I was surprised to find something recorded for fun at a long-ago Paper Bag session, featuring M. Segal on lead speech, with me helping out in a minor way on a background phrase. So, I know we're on it, and where. I recall George Radai saying he was on at least one track. Damian Bisciglia was most likely on something, but as he is also now deceased, I can't ask him. I have put out a request for information to anyone who may have participated.

Kenny had considered himself Buddhist during his time with Paper Bag, but eventually he returned to what appeared to me to be Christianity. So I was curious about the title: had he returned to Buddhism? He said, "It's all basically one anyway, it's just how you see it. Many colours, many paths, but the source is the same." This response made me smile. It was really always a part of who he was, a man with an open mind, trying to see how things related to each other, how the puzzle became the whole.

I am very pleased to be able to bring this album to you. On that first listen, I smiled clear through. People who may know Kenny's work mostly from Paper Bag, and through his poetry performances, may not have been exposed to the full sonic range of his imagination. This album represents what it was like to listen to him express himself without words, with sound only. Having worked with him in that area, this was like going back in time, sitting in his parent's living room, or his crowded bedroom, listening to these amazing sounds coming out of the speakers. I was not just a friend and cohort, I've always been a fan. Here is his last statement. I love it. I hope you will too. - GS, 1/15/20

All pieces performed, recorded, engineered and produced by Kenny Ryman, 1980-2004. Some guests appear at various times, but this is very much Kenny's album, he had final choice in all matters.