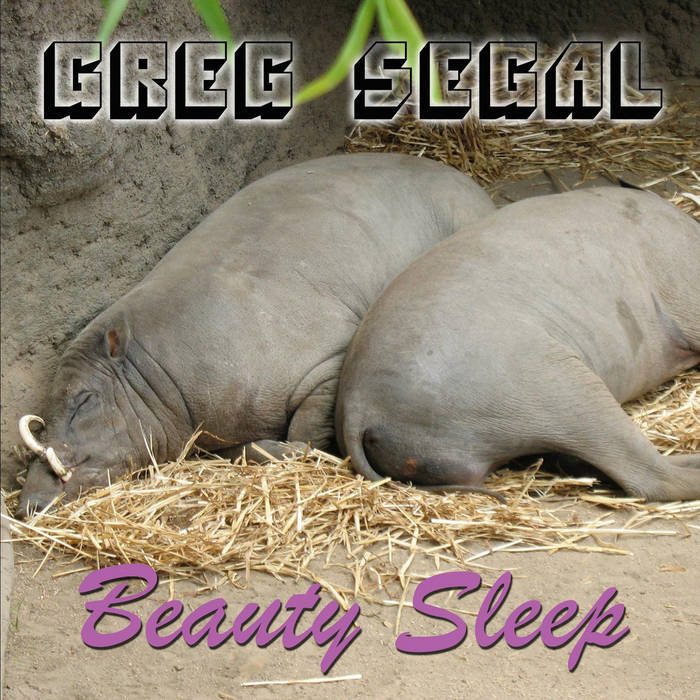 I've wanted to do my version of fusion for a long time, and that's roughly the aim of this album. It's also a vacation from anything particularly heavy or meaningful, just music for its own sake, which is a pleasant change for me.

"A Reseda Of The Mind" gets its title by parodying one by Lawrence Ferlinghetti ("A Coney Island Of The Mind"). Musically it's my lovesong to the fusion albums and the action and horror movie soundtracks of the early '70s.

"Beauty Sleep" was inspired by the cover picture of the the two babirusa pigs, which predates the album by a few years. I knew I wanted something kind of odd sounding, which was ethereal but not too dainty.

The title for "It Ain't Gonna Work" is partially a satirical comment on attempting the piece's deceptively difficult rhythm, which breaks down in the middle, receives an audibly dissatisfied grunt, but starts right up again.

Truth be told, I'd take these animals over lots of people any day. Better company, and about a million times prettier outside than said people inside. If in doubt, check the halls of power, you'll soon see my point.

"Wait", you might say, "Didn't you go back to singing again? Where are the vocals?" Not here. They'll be back, if time and good fortune allow. If you've followed my work thus far, you know to expect the unexpected. And if you're new to it, welcome! Hope you stick around
and dig into earlier stuff.

I've stopped listing instruments. I played and organized all the sounds, and I hope you enjoy them. If you just have to know, get in touch. I'm easy to contact. You may never be the same again but...is that so bad?

All sounds performed and organized by Greg Segal, who also did the cover pics and layout.

For more info on these very animals go here:

They're actually twin brothers, named Itchy and Scratchy, and live at the Oregon Zoo in Portland. I fell in love with them on first sight, in a "so ugly they're cute" sort of way.Until recently I assumed one had to be female, but no. (From the pictures, one clearly is not!) The babirusa pig is endangered, which, need I say, sucks.