A Play Of Light And Shadow 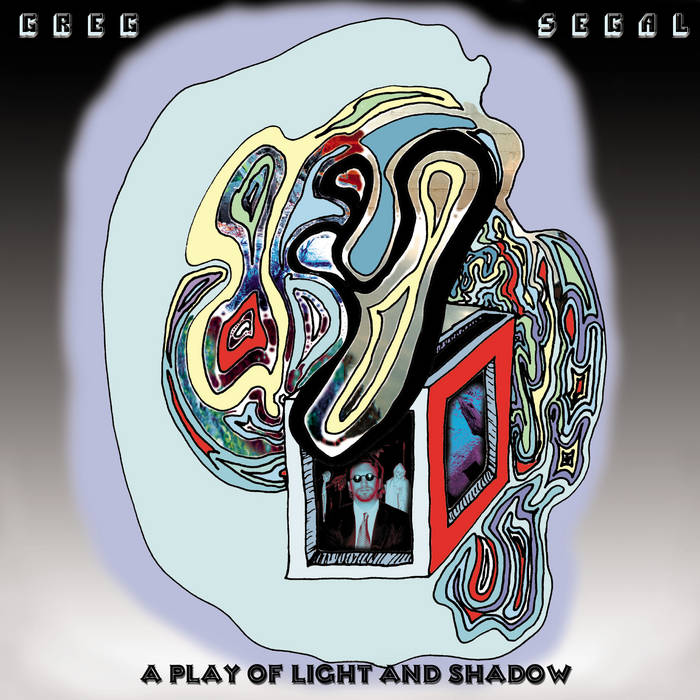 Based on the Noh plays and their formative mythology, Japan's wonderful ghost story traditions, and by the reflections of such things- diffuse or direct- into modern life.

While the album is primarily about the Noh plays, there is also an underlying theme of ghosts. Not only are they central to many of the plays, and also central to most of the non-Noh related songs.

"The Battle at First Valley"- Arthur Waley says 'Ichi-No-Tani' means 'First Valley'. Ichi-No-Tani is the place where the final battle of the Taira and the Minamoto clans took place in 1184. They were fighting for control of Japan. The Taira were destroyed and the Minamoto took control. This war and its details figure largely in many Noh plays.

"Zen After Hours"- Here's where the album starts to cross over into modern territory. Jazz club Zen; hip Zen; cultural iconoclast Zen. In other words, not the actual practice, but a sort of crossover interest that is often more coloration than practice. What's interesting is that in this way, it can lean more toward Zen's roots in Taoism, which in its beginnings were more anarchist and less ritualized and structured. Interesting how the roots start free and eventually become entangled in themselves.

"The Mind Knows no Country"- Another non-Noh concept. The title pretty much tells all, but I'll elaborate a little further. Concepts, insights, and most importantly inner experience, transcend things like nationality, race, and most other external groupings. If you were to see through someone else's mind and eyes, you'd feel emotions and thoughts, and the trappings would be invisible and unimportant; you would only feel the emotions connected with them. At first, you might think this is the condition of being human. Personally I think this is more than that; I think it's the condition of being sentient. I won't tell you how far I believe that experience extends, but I think its MUCH farther than most people would even consider.

"Uzume Lets it All Hang Out"- This is based on an early Japanese myth. "In order to lure the the Sun-god from his cave, the Goddess Uzume bared her breasts, let down her skirt, and danced. Then the Gods laughed until the high plains of Heaven shook." This was originally connected with a Shinto song-dance (Kagura), which eventually morphed into a form of Noh called Sarugaku, or "Monkey-Music". I didn't really want to call this Monkey Music, and the original myth is too much fun not to refer to directly.

"Now We Have Come So Far"- Not based on anything in particular, but this line is sort of standard in just about every Noh play there is. "Look! Now we have come so far, we are at (insert place name)!" Lots of journeying for the sake of the story line, but of course the stage was small, few-to-no props, all acted out- very slowly. It's almost a psychological pantomime.

"The Haunted Pool"- Based partly on "Aya no Tzuzume". An old gardener in sees a princess and falls madly in love with her. He tells one of her courtiers of this, and he goes and tells the princess. She tells the courtier to pass on the following message to the gardener: There is a laurel tree by the pond in the garden, and on it hangs a drum. If he beats on it and it can be heard in the palace, she will come to him. The gardener, hearing this, is overjoyed and runs to the tree. The head of the drum is made of silk, and no matter how hard it is struck, it makes no sound. Still, he beats it for days, hoping to somehow win her attention. Finally, he is overcome with despair and drowns himself in the pond. The courtier discovers this, and goes to the princess, warning her that such a death produces angry ghosts, and that she ought to go see him. But she is already possessed by the spirit of the gardener, who is driving her insane. She goes to the pool and his ghost rises out of it. He grabs her and drags her over to the tree and makes her beat the drum. She feels the anguish he felt and is overcome by it. Seeing this, and that she is in a sort of living hell, he goes back to the pond and sinks back into it.

However, my imagination wouldn't let it rest there, and I figured she'd eventually drown herself in the pond/pool, and that it would continue to collect sad souls over the centuries.

"Sea Monkeys"- I confess, this one is completely unrelated, except that musically, it felt like it would fit. The title came from a conversation Chrissy and I had been having about Sea Monkeys, and when she heard me recording this piece, she asked me to call it that. So I did.

"Green Hill"- The name of a lute originally belonging to Tsunemasa, a prince of the house of Taira. Green Hill had been a gift given to him by the Emperor. Tsunemasa is killed in the battle of the Western Seas. Green Hill is then given to Gyokei, a priest of the imperial temple. Gyokei is to take the lute, gather up some other musicians, and pray for Tsunemasa's soul. Having died in battle, his spirit is condemned to perpetual war with the demons of hell. When the lute is played at night, Tsunemasa's ghost appears to the musicians. He is happy at hearing the lute again, but it only reminds him of his happiness when he was alive. His ghost disappears at dawn, off to do battle again.

"The Tracks of Ancestors"- Simply a made-up name that brings to mind a traditional thought process, or an emotional history passed from generation to generation.

"Record of Ancient Matters"- The oldest existing record of Japanese history, completed in the year 712.

"I Am as the Useless Tree"- The title of this one actually refers to a story from Chuang Tzu. Chuang is arguing philosophy with his friend. His friend compares Chuang's Taoist philosophy to a "stink tree" in his yard. It's so twisted and knotted that it's useless to any carpenter. Chuang says, plant that tree in a large, open plain. No one will cut it down, but it provides shade and a safe place to rest under. It is only useless depending on how you look at it, and so is really not useless at all. If you've ever felt like that tree, you'll know what I mean. Sometimes you're only useless in your environment, but somewhere else, under other circumstances, you would be invaluable, and flourish.

"Revolving Doors"- This one is a bit like what I was talking about in the notes to "The Mind Knows No Country". What if the mind is also not singular, as it appears, but on some level we are living many lives at once? Or at least, sharing in them? Stranger still, if they are not running concurrently, but at different times? Or different branches of the universe, similar but not the same?

"99 Notches"- From the Arthur Waley translation:
"The legend of Komachi is that she had many lovers when she was young, but she was cruel and mocked at their pain. Among them was one, Shii no Shosho, who came a long way to court her. She told him that she would not listen to him till he had come on a hundred nights from his house to hers and cut a hundred notches on the shaft-bench of his chariot. And so he came a hundred nights all but one, through rain, hail, snow and wind. But on the last night he died....

When she grew quite old, her friends and her wits forsook her. She wandered about in destitution, a tattered, crazy beggar-woman....

Her madness was a possession by the spirit of the lover she tormented."

"The Years Fall Like Snow"- a sound impression of a certain state of mind.

"One Less Illusion"- Dis-illusion is hard, often tastes bitter, but is for the best. A short piece for the feel of beginning that road.

"Atsumori"- Great warrior of the Tairo, nephew of the head of the clan. Killed at Ichi-no-Tani.

"Death is a wild night and a new road."- Emily Dickinson

"Ghosts of the North Hollywood Night" is about just that. You can feel them in the air around you. Or at least, I thought I could. When I lived there as a child, I never felt alone. And not in a good way. Does every child feel like that? Probably. It wasn't just where we lived either. It was the whole place. Very odd. It sort of felt like a graveyard, no matter how much activity there might have been.

"A Long Walk Home From Nowhere" came from an idea I had for a story once, about people who died in a car crash, and found themselves seemingly alone in the world, and it is always night. Their goal is to get home, by walking, which is all they can do. But something keeps stopping them, and somehow they end up back at the crash. They are, of course, ghosts.