A Land Without Fences: complete session 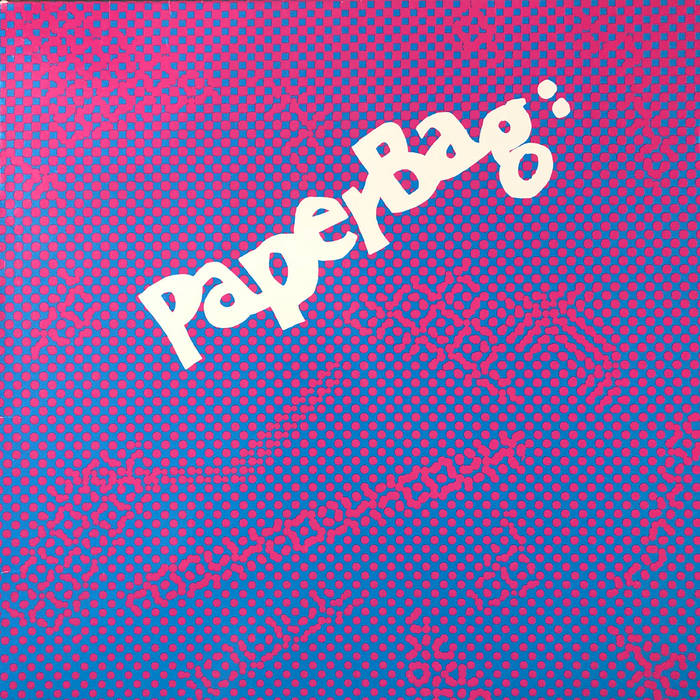 Paper Bag plays improvised music, and nothing but improvised music. Which is, indeed, something to ponder. For when they go onstage, or into a studio or a rehearsal hall, they deliberately and intentionally have no idea at all what sort of music will emerge. All their music is completely spontaneous and improvised, all of the time. This is an attitude that stops other musicians in their tracks, for after all, it's hard enough to get onstage and do a rehearsed set, but to get onstage and create your music as it happens, well...

In less competent hands, this type of spontaneous music could degenerate into aimless noodling. But not here. By dint of their considerable musicianship, arsenals of equipment, and near psychic communication, the music they produce has structure and direction. Unlike some improv outfits, who explore ideas in just a few genres, Paper Bag draws ideas from all over. Progressive guitar meanderings. Spoken word/poetry rants with a minimal backdrop. Industrial noise blasts. Good old rock and roll. Experimental tape loops with walls of percussion. Quiet jazz. Get the idea?

The members of this band are True Believers in the importance of improvised music. The band was formed with that goal in mind and have deviated not one whit from it since. In an era of plastic bands with plastic principles, it's heartening to see a band that genuinely believes in what they do. And, for those of you with suspicious minds (like I was at first), I've watched them rehearse, record albums, and play live. They genuinely play improvised music all the time. Period.

Improvised music has a certain vitality and life that is absent in studio recordings with massive overdubs and dial twiddling. (Don't be fooled by so-called "live" albums either, once the engineer gets done, it's anything but "live".) So, if you want to hear some fine sounds, direct from the musicians to you, give a listen to the music herein.


Notes on the recording and remaster, by Greg Segal:

Live to digital was fairly new at the time, certainly it was to us, and also to Phil Newman, who was doing the recording. What we knew was, we couldn't go over a certain volume, because DAT didn't saturate like regular tape, when things got too loud. Instead, it gave a horrible click sound which we wanted to avoid! No second takes on our stuff, if we distorted that way, the piece was blown. So we tried not to go too loud. However, that was difficult so Phil had the master level down lower than normal, resulting in a tape that didn't have horrible clicks, but the quiet stuff was REALLY quiet. This meant that transfers to any analog format, whether to vinyl or cassette, would have noticeably more hiss than normal during those quiet parts. So this complicated things.

Worse, there was a bad technical glitch. We were backing up the digital recording with analog, which meant a few stops to change reels.During reel tape two (we did three). I don't recall for sure what happened, I think we might have been picked up through the bleed in George's cabinet mic, which was the only thing on. This would account for him being huge in the mix, with M., who was near him, running a close second, and Kenny and I, who were across the room, significantly lower in the mix. Phil spotted the problem most of the way through tape two, fixed it while we were rolling, so the last piece was fine.

I think the technical limitations may also have had an impact on the performance.Having to keep things quiet, may have thrown off our normal sense of how loud to play together, and I think volume mistakes were made by us because of this. On the other hand, many of the pieces show no indication we were trying to play more quietly! But also, when you're improvising and suddenly have to focus on something other than just playing, you can get distracted, not be at your best, etc. Again, I don't see any more signs of that than usual (you never knew what would be distracting you at any given time).But the volume/distortion issue was definitely on my mind when we played this session. I was spooked, because tape distortion wasn't a death blow to a piece, so it was never a worry. But on this night it was!

The distortion didn't end up being a problem, but the low volume and recording glitch certainly were. They removed a good number of pieces from consideration for use.

All of these problems aside, we produced an album that proved to be very popular with those just finding out who we were. And a lot of long time fans have mentioned this as their favorite.

I was always bothered by having roughly a third of our performance scratched immediately. I felt we missed out on putting out some good music.

So when the time came for me to do the remaster of this album, and I found our listening copy of the session tapes, I decided I would at least take a shot at seeing if I could make these "lost pieces" usable for release. And it turned out, in most cases, not to be difficult at all. Some pieces have noticeable hiss at the beginning. Efforts at noise reduction with programs changed the sound of the instruments in ways I found really unpleasant. I opted to leave the hiss rather than disfigure the music.

Overall, I am very happy with the result and hope you will be too. Most of all, I'm happy to let another full album's worth of unreleased material out into the world, after being shut out for 32 years.

SST liked our habit of sending out unique sets of improvised music to radio stations, and they wanted us to continue it after they signed us. The night after the album sessions, and the two nights following that, we came back to the studio and recorded two, hour-long radio sets, a night. (Back to analog tape for those!) In order, these were:

"Like An Icepick Through Your Brain!"
for WBAU, Garden City, NY

While these might technically be considered part of these sessions- we just left our gear set up in the studio on the 23rd, and didn't tear down until after the last set on the 26th- that would seriously strain the scope of this release! But if you figure that all six of those are essentially unreleased, hour-long albums of original music, recorded at a professional studio with a great engineer, there's no reason I shouldn't release them at some point. When time permits in the near future, I plan to.